Iceberg Slim: Portrait of a Pimp

Iceberg Slim: Portrait of a Pimp

Iceberg Slim: Portrait of a Pimp, examines the tumultuous life of legendary Chicago pimp Iceberg Slim (1918 – 1992) and how he reinvented himself from pimp to author of seven groundbreaking books.

These books were the birth of Street Lit and explored the world of the ghetto in gritty and poetic detail. Taking “Iceberg Slim” as an assumed name, Robert Lee Maupin, born in Chicago on August 4, 1918 started pimping at 18, and continued to be engaged in human trafficking until age 42, in 1960, after a final ten month prison stretch in solitary confinement. At that point, he chose to make money off trafficking by writing about it instead and became a cultural icon. Interviews with Iceberg Slim, Chris Rock, Henry Rollins, Ice-T, Snoop Dogg and Quincy Jones. 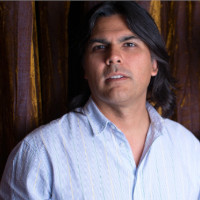 Jorge Hinojosa has currently been managing every aspect of Ice-T's career for the last 35 years. In 2010, Ice and Jorge started Final Level Entertainment. Their first project was a 6 episode reality series produced for A&E called The Peacemaker. The show brought warring LA gang members together to resolve their differences. Their next project was a documentary called The Art of Rap that premiered at the 2012 Sundance Film Festival. The Art of Rap, directed by Ice-T and Executive Produced by Jorge, stars Eminem, Kanye West, and 40 other legendary rappers. Following that Jorge directed and Ice produced the documentary, Iceberg Slim: Portrait of a Pimp, that premiered at the Toronto International Film Festival. The doc explores the life of Robert Beck aka Iceberg Slim, a notorious pimp who became a famous writer. The doc features interviews with Chris Rock, Quincy Jones, Snoop Dogg, Henry Rollins and many others. In addition, Jorge ghost wrote Ice's book of fiction, Kings of Vice: Mirror Image, that was published by Tor Forge/Macmillan Publishers. Jorge is also the creator and Executive Producers of In Ice Cold Blood for the Oxygen network currently in its 3rd season. Hosted by Ice-T, this series exposes outrageous tales and shocking true stories involving sex, money, murder and sometimes a fatal cocktail of all three. Oxygen has also just announced a development deal for an additional crime show with Jorge and Ice called, "Framed".