In this riveting documentary, funded by Sundance Documentary Fund, NEA, Women in Film and others, Sonia Sanchez “offers hope and heroes,” and a liberating vision of redemption, compassion and self-respect. 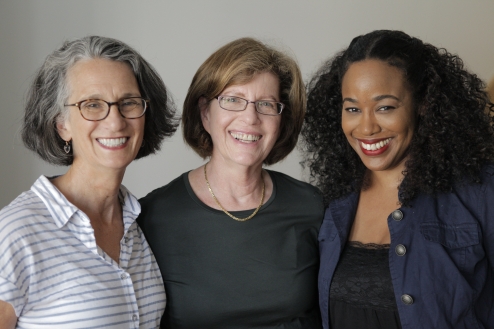 BaddDDD Sonia Sanchez is a new feature-length, performance-packed documentary about the renowned poet and activist's contribution to the world of poetry, her singular place in the Black Arts Movement, and her role in American culture over the last 50+ years.

Deemed 'a lion in literature's forest' by Maya Angelou, Sonia confronts all forms of injustice, exploring a wide range of global and humanist themes, particularly the struggles and triumphs of people of color in America. She helped transform the university landscape by pushing for inclusion of African American studies in the curriculum, and she transformed poetry through her radical use of street language and unique performance style. Today spoken word champion Bryonn Bain says “She didn’t just open the door, she blew off the roof. She made it possible for hip hop to exist.”

80-year-old Sanchez faced myriad challenges on her way to becoming one of the most admired poets of her generation. Since finding her voice in the Black Arts Movement of the tumultuous 60s, there has not been a time when readers and audiences—particularly those of color—did not look to Sonia Sanchez to interpret and confront the challenges that make equality elusive to so many in our society. Her unflinching voice is as crucial in today’s troubling political landscape as it was when she first picked up a megaphone in Harlem to fight job discrimination.

BaddDDD Sonia Sanchez traces Sanchez’s evolution from a childhood in the Jim Crow South, to an adolescence in a Harlem of “gangs and people who meant you no good,” to her epiphany that Black people had been writers, could be writers, that she could be a writer. She matured as a writer during the 1960s, when she and other political activists ushered in a change in race relations and challenged the social underpinnings of American institutions. This era shaped her spirit, and she became a poet with a voice that was intense and visionary, sassy and fierce, saying things that woman hadn’t dared say before.

Sanchez has lectured across the U.S. and performed her poetry around the world. She has won many of the significant awards available to a writer. But her triumphs didn’t come easily. In the process she ran afoul of the FBI (for teaching Black Studies in the 60s), the Nation of Islam (for railing against its treatment of women), the editors of Negro World (for writing in her review of Soul on Ice, “Eldridge Cleaver is not a revolutionary, he’s a hustler”), and her ex-husband, Alberto Sanchez (who demanded custody of their daughter because Sonia’s “black stuff” was going to get the child killed).

As a leader in the struggle to include Black Studies in university curricula, Sanchez went to jail for standing with her students. Blackballed from teaching in New York City, she became an itinerant professor, eventually settling in Philadelphia, where Temple University gave her an academic home. Always challenging the status quo, Sanchez explains to us just how she became “this woman with razor blades between her teeth.”

Sanchez’s poetry, which draws deeply on her life experience, provides a lively device to trace the arc of her life. In one sequence, Sanchez tells a haunting family history of estrangement, forgiveness, and reconciliation in her performance of her epic autobiographical poem “Does Your House Have Lions?” Sanchez reads, chants and dances with an intensity that gives added force to this story of her brother’s tragic life—a man who left the South for New York, immersed himself in the city’s gay subculture, and became a victim of HIV/AIDS in the early years of the pandemic. Sanchez is joined onstage by jazz musicians led by Odean Pope, and by dancer Ron Brown. Words, dance, lighting, and music add layers of meaning to the struggles of her family—and of black people—depicted in Sanchez’s poem.

Today, we see how Sanchez has transformed herself as a poet and as an individual. Her focus has evolved from the black struggle for liberation to universal humanist themes. When we hear Sanchez ask “ the black, brown, yellow, white,” “the Muslims, the Jews, and the Christians,” “the women, gays, lesbians, men and children,” to come together to achieve peace and harmony, she is reaching out to a more diverse audience than she did in the 60s, 70s, or 80s.

BARBARA ATTIE and JANET GOLDWATER have been making award-winning broadcast documentaries for more than 25 years. Based in Philadelphia, they are recipients of the Pew Fellowship in the Arts.

SABRINA SCHMIDT GORDON has been editing and producing high impact documentaries for more than 15 years. Gordon lives and works in New York City.

BaddDDD Sonia Sanchez is the second documentary produced by Attie, Goldwater and Gordon. Their previous collaboration, Mrs. Goundo's Daughter (2009), recounts a Malian mother's fight for asylum in the U.S. to protect her two-year old daughter from female genital cutting/mutilation. Supported by ITVS and the Sundance Documentary Fund, Mrs. Goundo's Daughter was broadcast nationally on PBS' Afropop series in 2011. It has been shown at film festivals throughout the world, including the Human Rights Watch Festival and Silverdocs, and was named Best Social Documentary at the Addis International Film Festival in Ethiopia.

Attie and Goldwater's documentaries often focus on social justice issues affecting women and girls — reproductive rights, violence against women, female genital mutilation — but they also make films about women who have inspired them as artists and activists. In 2003, Maggie Growls, the biography of the founder of the Gray Panthers, Maggie Kuhn, was the premiere broadcast on PBS' Independent Lens. Landowska: Uncommon Visionary, nationally broadcast on PBS in 1999, explored the accomplishments of the pioneering harpsichordist, Wanda Landowska.

Gordon produced and edited the acclaimed documentaries Hip-Hop: Beyond Beats and Rhymes, about manhood and gender politics in Hip-Hop, which premiered at the Sundance Film Festival and was broadcast on Independent Lens, and Documented, the story of Jose Antonio Vargas, the Pulitzer Prize-winning journalist who outed himself as an undocumented immigrant and today fights for immigration reform.