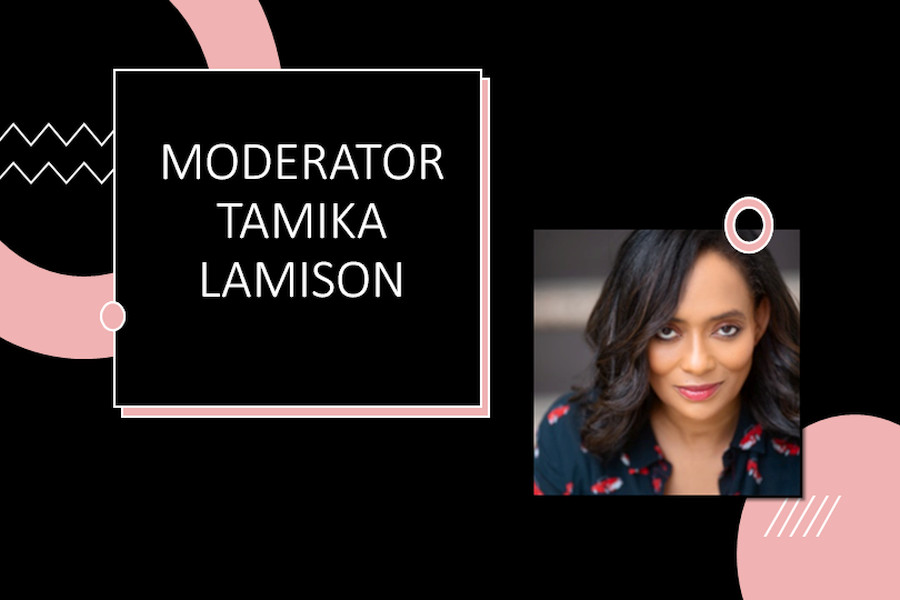 Tamika is currently serving as the SVP of Development and Production at PhilmCo (www.philmcomedia.com), a film company with a double bottom line of art advocacy and commerce. She is an award winning actor, writer, director, and producer who has produced/written/directed many shorts, features, and documentaries including: “Ferguson Rises”,  “Last Life,” “Spin,” “Hope,” “The 3rd Era of Medicine,” “The Male Groupie,” and others. Her first script, “The Jar By The Door,” was a Sundance Finalist and won several awards including IFP’s Gordon Parks Indie Film Award. She was also the Director and DP on BET’s first reality show, “College Hill.”

As a graduate of The American University and Howard University one of Tamika’s biggest passions is giving back. She was a Research Consultant at the Academy of Motion Picture Arts and Sciences helping to develop their Academy Gold Program, before accepting a position as the Executive Director of the Commercial Directors Diversity Program (CDDP) in which she built an Inclusion & Diversity Program under the umbrella of the Directors Guild of America (DGA) and the Association of Independent Commercial Producers (AICP).

Tamika also created and founded Make A Film Foundation (MAFF)- a non-profit that grants 'film wishes' to children who have serious or life-threatening medical conditions by teaming them with noted actors, writers, and directors who help them create short film legacies. Through MAFF, Tamika has produced several award winning short films and over 100 short documentaries with the most recent being, “The Black Ghiandola” directed by Catherine Hardwicke, Theodore Melfi, and Sam Raimi. Tamika was recently honored with the ‘Trailblazer Award’ from the Baron Jay Foundation for her various levels of impact and service in the entertainment industry.

A list of honors and awards include: Cinema for Peace Award, ABC/Disney Fellowship in Screenwriting, AFI Directing Workshop for Women, CBS Directing Fellowship. Currently, Tamika is in her 3rd Season as Staff Writer and Supervising Producer of the Amazon Prime/UMC series “Monogamy”. She is also pitching her Original One Hour Dramedy series, “B.E.E.S.” which was a finalist for the Producer’s Guild Power of Diversity Award.