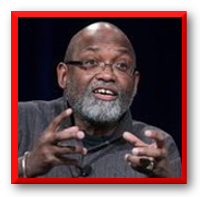 SAM POLLARD is an accomplished feature film and television video editor, and documentary producer/director whose work spans almost 30 years. His first assignment as a documentary producer came in 1989 for Henry Hampton's Blackside production Eyes On The Prize II: America at the Racial Crossroads. For one of his episodes in this series, he received an Emmy. Eight years later, he returned to Blackside as co-executive producer/producer of Hampton’s last documentary series, I'll Make Me A World: Stories of African-American Artists and Community. For the series, Pollard received a Peabody Award.

Between 1990 and 2010, Pollard edited a number of Spike Lee’s films: Mo' Better Blues, Jungle Fever, Girl 6, Clockers and Bamboozled. Pollard and Lee also co-produced a number of documentary productions for the small and big screen: Spike Lee Presents Mike Tyson, a biographical sketch for HBO for which Pollard received an Emmy; Four Little Girls, a feature-length documentary about the 1963 Birmingham church bombings that was nominated for an Academy Award; and When The Levees Broke, a four-part documentary that won numerous awards, including a Peabody and three Emmy Awards. Five years later, he co-produced and supervised the edit on the follow up to Levees, If God Is Willing And Da Creek Don’t Rise.

In 1968 after the assassinations of MLK Jr. and Robert Kennedy, he announced his candidacy for the Georgia U.S. Senate against known segregationist, Herman Talmadge. His loss ultimately ignited a movement in the south that was started by Dr. King then picked up by Maynard. The “enforcer” of affirmative action and voter turnout, Maynard crafted successful diversity, inclusion & engagement templates still practiced today, and transformed the reputation of Atlanta from the “heart of the confederate south” to a cosmopolitan world-class city. A Film by Sam Pollard.