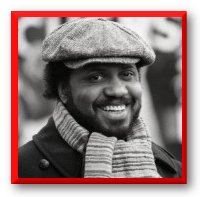 St. Clair Bourne was a Harlem-born and Brooklyn-bred filmmaker, writer, activist, teacher, and organizer. Bourne produced an essential chronicle of African-American life, from his early days as a producer, director, and cameraman for the pioneering series Black Journal (alongside colleagues Lou Potter, William Greaves, Kent Garrett, and Madeline Anderson), to the founding of the Black Documentary Collective (BDC), the Black Association of Documentary Filmmakers West (BADWest) and the journal Chamba Notes. He also developed projects that explored African-American cultural figures, such as Langton Hughes, Gordon Parks and Paul Robeson. [In a 36-year career in which he made more than 40 films, either producing or directing or doing both, Bourne's works were seen on public television, commercial networks and at film festivals around the country. He passed away in 2007, a towering figure in the documentary film world.

The film mixes scenes of the city of Chicago with musical performances and interviews with people connected with the Blues. In Big City Blues, the film examines the links between the past and the present: the old time blues singer Jim Brewer is presented alongside Son Seals, Queen Sylvia Embry and Bill Branch. The film is directed by the late St. Clair Bourne, founder of the Black Association of Documentary Filmmakers West (BADWest), and edited by Director/Editor/Producer Sam Pollard.