Writer/Director John Scheinfeld with Cornell West
CHASING TRANE: THE JOHN COLTRANE DOCUMENTARY is a thought-provoking, uplifting, powerful and passionate film about an outside-the-box thinker whose boundary-shattering music continues to impact and influence people around the world.

This rich, textured and compelling portrait of a remarkable artist reveals the critical vents, passions, experiences and challenges that shaped the life of John Coltrane and his revolutionary sounds. It is a story of demons and darkness, of persistence and redemption. But, above all else, it is the incredible journey of a spiritual warrior who found himself, found God, and in the process, created an extraordinary body of work that transcends all barriers of race, religion, age and geography. It is a film for anyone who appreciates the power of music to entertain, inspire and transform.

The beauty, poignancy, energy, pain, joy and inspiration heard in nearly 50 Coltrane recordings from throughout his career brings alive the artist and the times in which he lived. Even those familiar with his music will be able to hear and appreciate the music of John Coltrane in a new and exciting way. Although Coltrane never participated in any television interviews (and only a handful for radio) during his lifetime, he has an active and vibrant presence in the film through his print interviews. These words -- spoken by Academy Award winner Denzel Washington – illuminate what John Coltrane was thinking and feeling at critical moments throughout his life and career. Written and directed by critically-acclaimed documentary filmmaker John Scheinfeld (The U.S. vs. John Lennon and Who Is Harry Nilsson…?) the film is produced with the full participation of the Coltrane family and the support of the record labels that collectively own the Coltrane catalog. Scheinfeld brings his strong story-telling skills to the creation of a rich, textured and compelling narrative that takes the audience to unexpected places. 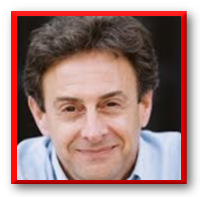 From pop culture to politics, sports to world religion, Venice and Toronto film festivals to PBS, Emmy, Grammy and Writers Guild Award nominee, John Scheinfeld is a critically acclaimed documentary filmmaker with a broad range of subjects and productions to his credits. Scheinfeld recently completed production on Chasing Trane, the first authorized feature documentary about the legendary John Coltrane. Set for worldwide release in 2017, the film was an official selection of the 2016 Telluride Film Festival, Toronto Film Festival, DOC NYC – America’s largest Documentary Festival and IDFA – International Film Festival Amsterdam. Emmy®, Grammy® and Writers Guild Award nominee and Telly Award-winner John Scheinfeld is a highly respected writer-director-producer of documentaries for theatrical and television distribution with a broad range of subjects and critically-acclaimed films to his credit including The U.S. vs. John Lennon, Who Is Harry Nilsson and (Why Is Everybody Talkin’ About Him)?, We Believe, and Dick Cavett’s Watergate. In addition, Scheinfeld has also created and written pilot scripts for drama series for ABC, CBS, NBC and Fox. He is a graduate of Oberlin College and received his MFA from Northwestern University.

Dave Harding is an award-winning film and television producer and production executive associated with the Academy Award nominated Encounters At The End of the World . He is also known for his work The Grizzly Man, The U.S. vs John Lennon, Leonard Cohen-I’m Your Man, Cave of Forgotten Deams and many most recently, I Hope You Dance. Honored with three Emmy Nominations for his work in television, and one Emmy win for Wage Slaves-Not Getting By in America, Harding has produced or supervised more than 1000 hours of documentary and non-fiction television while the Exec VP of powerhouse of Creative Differences.