BY BLOOD chronicles American Indians of African descent as they battle in the court to regain tribal citizenship. Americans are familiar with the removal of Cherokees in the infamous “Trial of Tears,” but the involvement of African Americans is far less known.

When the U.S. Indian Removal Act forced Native Americans to relinquish their native land and move west, countless slaves followed them into the frontier, bound and shackled. In 1866 after U.S. lawmakers amended the Constitution to bar slavery, the Cherokee Nation entered into a treaty with the federal government granting perpetual freedom and full tribal membership to Cherokee slaves and their descendants. The documentary chronicles Freedman descendants Roshon Jones and his children Sylvia Davis and Marilyn Vann as well as civil rights advocates David Cornsilk and Jon Velie whose roles illustrate tenuous race relations across Oklahoma. Ultimately the documentary illustrates how federal encroachment over Indian territories led to Oklahoma’s statehood and fueled its violent history. The film explores the impact of this battle, which manifested into a broader conflict about race, identity, and the sovereign rights of indigenous people. The film demonstrates both sides of the battle, the shared emotional impact of the issue, and the rising urgency of the debate: A Native American and African American history has been overlooked, and a tribal body feels as though their sovereignty is under siege. The film is directed by Marcos C. Barbery & Sam Russell. 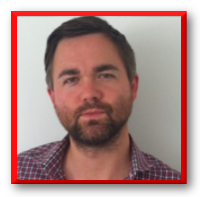 Marcos is a filmmaker and journalist, and founder of THREADPICTURES.COM. The Investigative Fund at the Nation Institute has supported Barbery’s reporting. His writing has been featured by Long Reads, and appeared in Salon, The Huffington Post, and This Land Press. In 2011, while making short films for THREAD, Barbery stumbled across the Freedmen story while on a shoot in Tahlequah, Oklahoma – capital of the Cherokee Nation. This sparked a four year journey toward the making of By Blood, his first feature length film. He is at work on two new films To Be and the Mitigators: A War Between Stories. 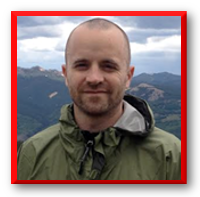 Sam is a filmmaker and cinematographer who began his career shooting films for PBS and its flagship public-interest program FRONTLINE. More recently her served as director of photography on the ten-hour series Finding Your Roots with Henry Louis Gates Jr. In the past year he has been working on several others, including Makers: Women In America, The Italian Americans, Cancer: The Emperor of All Maladies for Ken Burns, Many River to Cross: The African Americans, Years of Living Dangerously for Showtime, and the feature documentary Far From The Tree with Participant Media. By Blood is Sam’s directorial debut.