Soul on Ice: Past, Present & Future

Soul On Ice: Past, Present, and Future presents and retells the virtually unknown contributions of black athletes in ice hockey.  For decades, hockey was seen as a homogeneous sport - exciting to watch but played by one kind of player.  Soul On Ice presents the exploits of athletes who dared to stand out, and dared to make the sport their own.  These Black athletes dared to give their sport soul.

At the heart of the story is Jaden Lindo, a young man chasing after his lifelong dream to play in the NHL. The film follows Jaden in the most important year of his hockey life, mirroring the journey that many other black athletes have faced to make it to the NHL.

Some of today’s top NHL stars and former players join us on our journey through history, through in-depth personal interviews. Wayne Simmonds, Joel Ward, Trevor Daley, Mike Marson, Tony McKegney and five-time NHL Stanley Cup winner Grant Fuhr are just a few of the players and contributors who share their experience that helps bring the story to life. We also connect with the next generation of stars, including Joshua Ho Sang, Jaden Lindo and Malcolm Subban. Several hockey experts and writers weigh in, adding anecdotes and insight. Beloved hockey personalities like Don Cherry, former NHL goalie and now analyst Kevin Weekes and Elliotte Friedman of Hockey Night In Canada.

For the first time, Soul On Ice: Past, Present and Future sheds light on a subject hardly spoken of.  The face of hockey is changing and this film shows us it has been in the making for a long time.

EVERYTHING HAS A SOUL, AND HOCKEY IS NO DIFFERENT. 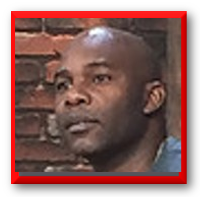 Damon Kwame Mason has been working in the Canadian entertainment industry since 1996.  Kwame got his name out there thanks to popular radio stations like KISS 92.5 in Toronto where he co-hosted 2 hour hip hop and R&B mix show Da Vibe with DJ Short. In February 2001 Kwame became the weekend announcer on Toronto’s first urban radio station FLOW 93.5. He eventually went on to work for the morning show and became the Saturday night live-to-air announcer.

In addition to hosting, Kwame used his experience and expertise to help launch countless radio stations across Canada and has co-hosted with some of Canada’s most well-known DJs and stars like former NHL tough guy George Laraque.

Not afraid of being in front of an audience, Kwame has made appearances on popular sports shows like Off the Record and was named number 23 on Cabbie’s (Cabbie on the Street, The Score) Top Canadians. His philosophy is summed up like this “There’s nothing to it but to do it, let’s keep it moving.”