HAITI IS A NATION OF ARTISTS

Haiti Is A Nation Of Artists tells the story of Haitian artists creating transformational art after the devastating earthquake that struck Haiti on January 12, 2010. The documentary depicts the humanity of Haitian culture through the lens of a Haitian-American filmmaker who seeks to uplift the rich diversity of Haiti and its historical legacy. 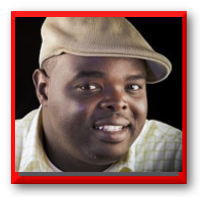 Jacquil Constant is a Haitian American independent filmmaker with a Bachelor of Arts degree in Film Production and a Masters of Arts in Interdisciplinary Studies with an emphasis in Pan African Studies and Cinema Television and Arts from California State University Northridge (CSUN). In 2006, Jacquil established his own production company, Constant Production, which has various music videos, short films, and commercial productions to its credit. He is also the founder of the first ever Haiti International Film Festival in Southern California.

Jacquil’s career spans over twelve years in the independent filmmaking industry and includes networks such as MTV, BET, and VHI where he worked in various capacities including production, post-production and casting of reality television shows. He has directed and produced three independent short documentaries. CSUN 6 is as short documentary about student protests against tuition hikes for the California university system. Dream Realized tells the history of the CSUN Africana Studies Department. Haiti Is A Nation Of Artists is a short documentary film depicting Haitian artists creating transformational art to uplift the nation of Haiti after the devastating earthquake in January 2010.

Currently, Jacquil Constant is a Professor at Pasadena City College where he teaches Television Production. His passion is promoting the beauty of Haitian culture and has curated multiple Haitian art shows including Haiti Is A Nation Of Artists (2015) and Haitian Magical Realism (2016), exhibited at California State University, Northridge. He has also made appearances as a keynote speaker for the Haitian Art Museum in Chicago and Shades of Africa in Long Beach, California. Jacquil is an active member of the Black Documentary Association, the International Documentary Association, and the African Arts Association.