Film Synopsis From the well-publicized events at San Francisco State in 1968 to the image of black students with guns emerging from the takeover of the student union at Cornell University in April, 1969, the struggle for a more relevant and meaningful education, including demands for black and ethnic studies programs, became a clarion call across the country in the late 1960's.

Through the stories of these young men and women who were at the forefront of these efforts, Agents of Change examines the untold story of the racial conditions on college campuses and in the country that led to these protests.  The film’s characters were caught at the crossroads of the civil rights, black power, and anti-Vietnam war movements at a pivotal time in America’s history. Today, the struggle continues with the protest in and around Ferguson, Missouri and the nationwide student-led movement, including the I, Too, Am (Harvard, UCLA, Michigan, etc) campaigns, which according to the Boston Globe lay bare the "the racial tensions on campuses today, raising questions about inclusiveness, identity and racial stereotyping." Agents of Change links the past to the present and the present to the past--making it not just a movie but a movement. 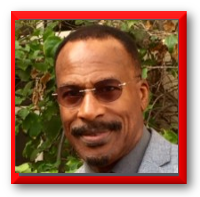 Frank R. Dawson is an Associate Dean, and former Chair of the Communication and Media Studies Department at Santa Monica College. Frank is also a Producer, writer, and founding partner in NuHouse Media Group, a Company originally formed to develop and produce television series, movies for television, and cable television features in association with CBS Entertainment Productions. Currently, NuHouse develops projects independently. He is the Co-Producer/Director of the documentary film, Agents of Change.

Frank’s prior experience as a media executive and producer includes having served as Director of Comedy Development and Director of Programming at Universal Television. He served as Universal's production executive on the NBC dramatic series, "Miami Vice". During his six year tenure at the CBS Television Network, Frank supervised the development of network series scripts and coordinated production of various comedy and drama television projects. As a partner in the media company, “2002 Communications”, Frank was a producer of Tavis Smiley’s first television talk show series Pilot.

Frank Dawson earned his undergraduate degree from Cornell University and a Master of Science degree in Television and Radio from the Newhouse School at Syracuse University, where he has been inducted into the school's professional gallery of distinguished alumni. 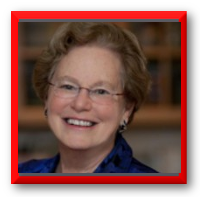 Abby Ginzberg, has been producing award-winning documentaries about race and social justice for the past 30 years.  She is the co-producer and co-director of Agents of Change, which premiered at the Pan African Film Festival in Los Angeles and won the Jury and the Audience Award for Best Feature Documentary.  Abby attended Cornell during the time depicted in the film.

Her feature award-winning documentary, Soft Vengeance: Albie Sachs and the New South Africa (2014) won a Peabody award and has screened at film festivals around the world.  It has won four audience awards for Best Documentary.  It also won an Outstanding Achievement Humanitarian Award from the Global Film Awards. It will be broadcast on public television later this spring and a segment will be broadcast on Independent Lens in April, 2016.

Her work as a documentary filmmaker took her to the Academy Awards in 2012 with a short documentary film, The Barber of Birmingham: Foot Soldier of the Civil Rights Movement, for which she was the Consulting Producer.  The Barber premiered at Sundance in 2011 and won numerous awards for Best Short Documentary at film festivals across the US.

Abby’s documentaries, Soul of Justice: Thelton Henderson’s American Journey and Cruz Reynoso: Sowing the Seeds of Justice (about an African American and Latino judge) have aired on public television and been screened at film festivals across the United States and abroad and won numerous awards, including a Silver Gavel and CINE Golden Eagle for Soul of Justice.

Her short films, Cracking the Habit and recovering lives, uncovering hope, have been critical in helping to document model programs for both adult and juvenile drug courts, as well as other successful programs for at-risk youth.  She has also documented the innovative work of cities in combatting the HIV epidemic with films about Oakland, Miami and the Bronx.  She produced Turning the Tide Together for the Opening Session of the AIDS 2012 conference in Washington, DC.

She is the President of the Berkeley Film Foundation, which has awarded over $900,000 in grants to documentary filmmakers; is on the Boards of the Thelton Henderson Center for Social Justice at UC Berkeley Law School, The Impact Fund and the Yale Law School Visual Advocacy Project.  She was selected as a Gerbode Foundation Fellow in 2008.